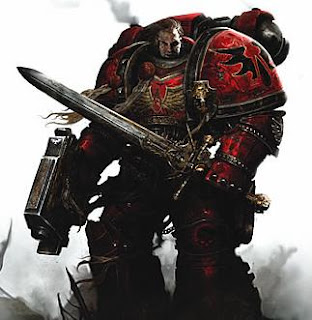 OK, so the BA finally have a codex again, instead of DLC.


First thoughts before I head out for a day in DC?


1) If your marines don't have FNP and Furious Charge, always basically, you're doing something wrong.
2) If you aren't taking advantage of absurdly good dreadnaughts to some degree, especially when it's theoretically possible to be assaulting w/ them out of vehicles, you're possibly doing something wrong.
3) Space Marine vehicles should ALL be "fast" without the capacity to move 18", so while them being fast is awesome across most of their vehicles, it's not that big a deal - it's what they should have had competitively and fluffily in the first place.
4) This entire codex is Matt Ward trying to change the mech metagame himself.