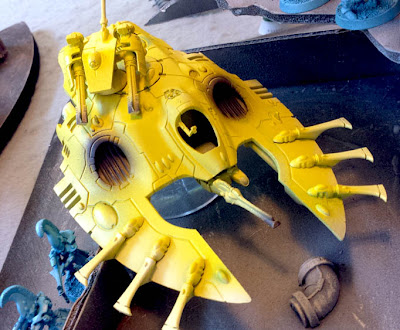 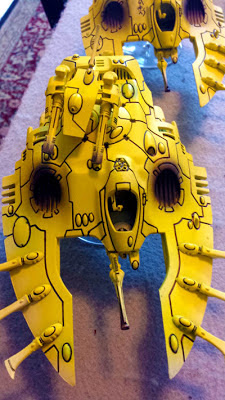 Step 3 (first color down on gems) 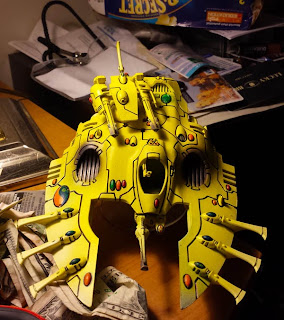 Charity Mission Packs have been sent out, along with address and other information.

For those wishing to spectate / sneak in at the last minute if a spot opens (there are 4 spots left now due to a couple of last minute drops), the location is at the corner of Old Courthouse and Creek Crossing roads in Vienna, VA. The specific address was sent in the informative e-mail to registered attendees.

If you are registered, and did not receive your e-mail, check your spam folder and/or contact me at mvbrandt@gmail.com

Looking forward to Saturday! We'll be on, rain or shine.
Posted by Mike Brandt; mvbrandt@gmail at 4:48 PM No comments:

6/27 EDIT - EMAILS INCOMING SHORTLY; FINISHING UP PACKET FOR PREVIEW; 27/30 SPOTS GONE; WILL CLOSE EARLY REGISTRATION BY NOON TOMORROW; IF YOU SIGN UP AFTER THAT, IT'LL HAVE TO BE ON SITE

The Charity RTT will be this Saturday, as per the prior informative post.

There are 5 spots left as of 11:09AM. Please keep attentive to this location; donations made after we are full will not earn guaranteed spots (though with RTT's, usually there's a no show or two).

Registered attendees will receive an informative e-mail later on today. Please make sure you have mvbrandt@gmail.com on your exceptions list or whatever, so that you don't spam block an e-mail sent to a large # of BCC'ed recipients.

This is not a painted, WYSIWYG required event. Being incompletely painted will deny you an ability to win Overall (the Invitational Alternate spot). If you are not WYSIWYG, you MUST be clear and reasonable. This is a fun event for a good cause, so we won't be overly harsh with anyone.

Please be on time and bring your best behavior - we'll be gaming at a volunteer's residence, and we'll be hosting several traveling out of towners, including several GT winners. Should be an interesting event :)

Posted by Mike Brandt; mvbrandt@gmail at 8:13 AM No comments:

"When the Bad Things Become Good Things" - Culmination of a Tournament "Season," and the Development of a Meta

Last year, I was in Amsterdam when 6th Edition Warhammer 40,000 fell down upon us.

Being the "responsible" TO I like to try to be, I'd preordered mine for pick up from ... well, from the Amsterdam Games Workshop. It's a cool place!

The release of 6th Edition did some CRAZY things to the NOVA Open. First, we had a bunch of drops; players who didn't feel they'd be ready in time and said "let's do next year." That was ok ... we had a lot MORE players say they would rather drop if we stuck with the old edition ... and who could blame them? Who wants to play an "old" Edition at a major GT when the new hotness just dropped?

So there we were, faced with a matter of really only a month to translate an entire new edition, new FAQ's, new combinations, new everythings, and somehow manipulate our missions into shape to be functional without also totally screwing over the players who'd just spent months preparing and purchasing and painting!

Last year's NOVA missions strongly resembled our 5th Edition standard and packet. They were tweaked to be more functional with 6th Edition, but not much.

This year, they've taken a lot of time, investment, and energy from the world community at large, and have developed into what I feel proud in saying are some of the best and most 6th-edition-reflective tournament missions out there. A whole big post is still in the works about WHY I feel that's the case, and what went into their design, and making them work in such a way that "standard" rulebook mission 6th edition armies would translate well in feel and success to the NOVA's matured 6th Edition mission packet.

Pausing there, the real thing about this post is ... sometimes Bad Things end up being Good Things.

For the first year of 6th edition, the big GT scene in a sense kicked off with the NOVA, and one might say despite hours of work, we couldn't have been perfectly ready ... and weren't. The missions weren't perfect, the meta wasn't developed, and it was a wild and whacky experience. BUT ... as a result ... we also get to be the first major GT to be held with a full year of brand new, rapid-fire-released codices, matured FAQ's, experienced blog-reading meta-developing list-building, and everything else all packed in and settled down.

So ... the bad thing is now kind of a good thing, and the buzz is showing. Registrations are at an all time high, and we're still getting tons of great feedback (At this point, mostly just positive) about where the missions and planning have gone to. I'm excited about it.

That said, what's the opinion of the average reader out there on where the meta is now? At first, everyone reacted to the changes to transports and vehicles with a mass exodus to "Foot." Blob guard and GK foot hordes ruled the day for a while, and the spectre of "Cron Air is going to dominate!!!!" faded in the face of mass foot armies kind of ignoring them, and winning a ton of events.

Then came the dreaded Heldrake FAQ (note, I don't say: CSM Dex), the FMC circus of Chaos Daemons, the rule-bending firepower of Tau, and now the Serpentine and very subtle potency of Eldar. Let's not forget DA and all that jazz. Either way ... the meta has changed as a result. Vehicles are now peppered into many armies, monstrous creatures and marginal deathstars are re-featuring, and the game is moving to this pretty radical place where balanced armies bringing a combination of big things, armored things, and foot are doing quite well.

PS - Caveat - the "actual" Tourney Season, if there really is one, probably starts with AdeptiCon for most people, as the biggest and coolest and most mature event. I'm speaking more to the unique situation this year where the NOVA was the first international GT to hit after the release by dumb chance, and taking a long-view look at the maturation of the meta from radical instant-knee-jerk immediacy in August 2012, through what it looks to be turning into by August 2013 (in my opinion - something really awesome, cool, balanced, variable, and fun!).

Posted by Mike Brandt; mvbrandt@gmail at 9:11 AM 26 comments:

Anyone in the DC Metro region, this one's for you (and anyone who feels like a sunny weekend)
All proceeds will go to the NOVA Charitable Foundation (a formally organized, transparent, and entirely charitable 501c3), in direct support of Doctors Without Borders, the Breast Cancer Research Foundation, and Fisher House
Check out our charity raffles while you're at it (you need not attend the NOVA to win, or to support good causes!): http://novaopenfoundation.org/

Saturday, June 29
This RTT has room for 16-30 spots
$30 registration fee covers food, beverage, and support for a good cause

1850 Points, no FW, painting is not required, but is rewarded, and is required for Best Overall
This will also be the first look anyone gets at Torrent of Fire
http://www.torrentoffire.com/

Sign up and pay registration by going to:
http://novaopenfoundation.org/?tcp_product_category=donation
Select the fourth bullet, "Name of Charity: NOVA Charitable Foundation"
Increase quantity to 3 (So, $30)
Donate!

LIMITED additional beverage/food will be available

Awards -
Will be in the form of cash; scaling with registration #'s
Minimum $45 for Tournament Champion (highest BP + 3-0), Renaissance Man ([(Record X .9 + BP/Possible x .1)/10]/(Paint Score/100))
Minimum $45 for Best Painted
This will scale up to $90 cash for each award if we hit 30 players
The Renaissance Man will earn an ALTERNATE spot for the NOVA Invitational (http://novaopen.com)

Dress for warm weather! There will be plenty of covered table space, but for those of us in better shape for the great outdoors, there will also be tables that can be enjoyed in the sun (optionally).

Address forthcoming, in Vienna, VA; this will happen in the lovely, large and sprawling yard and driveway space. The gaming area will be treated to remove / repel bugs prior to the event.

Thirty attendees is a HARD cap; if you want to attend, sign up!

More information forthcoming as I note errors or add more data. Please note, this is being put on by the NOVA Open in support of the NOVA Charitable Foundation; the two organizations are partners, but are not owned by the same individuals; no proceeds from or to the Foundation in any way impact or support the NOVA Open itself.
Posted by Mike Brandt; mvbrandt@gmail at 8:45 AM 3 comments:

Torrent of Fire Further Explained - from the Developers

Chip Boyd is one of the minds behind the development of Torrent of Fire, which has been teased about on this blog and in the NOVA Open newsletters.

Chip is the hobby-side expert for a major publications company putting forth a highly-supported, heavily developed suite of tools designed to make the tournament going experience even better for both attendees and interested spectators.

He took some time to sit down in front of a blinking red "record" light to share some of his personal thoughts on TOF and where it's going, and why it's being developed.

Meet Chip Boyd, the creator of Torrent of Fire and self-diagnosed 40k addict. He explains what you can expect this August, and how Torrent of Fire will give you the competitive edge that's been missing from our game. Join him in this revolution.

A reminder quickly before the gorgeous photos - you do not need to attend the NOVA Open to win any of the armies. Moreover, the Charitable Foundation is fully independent of the NOVA Open, LLC. It's purely for charity, and that's where all the funds go!


BLOGGERS - Please, for a good cause, if you don't mind - give a shot at re-posting this on your own blogs and getting the word out. Every bit helps, a ton!

Some works in progress to whet your whistle.
Redemption of the Fallen, supporting Doctors Without Borders

Dan Withers of Valhalla Games has been posting some works in progress, and has finished a Rhino (click his site for more!): 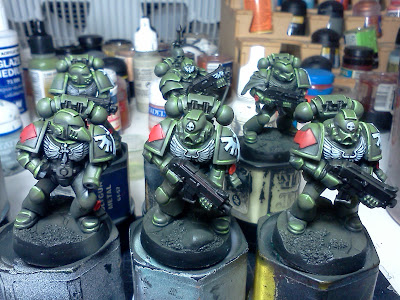 I can't even bring myself yet to share Mike Cho's early work on Azrael.

A special thanks to the board of the NOVA Open Foundation, and to the artists helping them out ... especially these rad graphics they've put together to logo each army:

Posted by Mike Brandt; mvbrandt@gmail at 7:07 AM No comments:

Not into competitive gaming? Tour DC during the day, or participate in any of TWENTY SIX DIFFERENT SEMINARS, and then ...


Just another quick video link of some campy fun put together by the NOVA's creative crew.

Share with your less tournament enthusiastic friends, if you don't mind, what they're missing out on by now in attending the NOVA!

Also, tournament attendees - all of these seminars can be taken ALONG WITH GT and other tournament play, check the schedule (http://www.novaopen.com/wp-content/uploads/NOVA-OPEN-2013-SCHEDULE.pdf). Some may even benefit you directly - how about building a display board with Jawaballs on Friday morning to use in the GT that follows?

There's even a seminar pass just for the hobbyist - http://www.novaopen.com/?tcp_product=deluxe-seminar-pass-includes-one-entry-to-capital-palette-save-10-click-for-details
Posted by Mike Brandt; mvbrandt@gmail at 6:10 AM No comments: