NOVA and BFS and Life

It's been way too long since posting!

NOVA Open was incredible. Our fifth anniversary represented our best event yet. I have a lot of download and discussion I need to start having about it.

I'm excited about some of the new 40K stuff on the horizon, and I'm excited to have a full year and no new editions (presumably) to ruin plans of properly getting set for the next GT and other events.

We also have a really exciting possible attendance presence next year from overseas. I can say no more.

For any that didn't know, I'm gettin' hitched next year. I definitely have spent some more time post-NOVA focusing on that and the little lady who I'm lookin' to settle down with.

I'm going to the Battle for Salvation again this year, my fifth year in a row to this great event. I'm doing something different, however.

So it's been a really awesome run there at BFS every year. In the time I've attended, I've gone 23-5 and won a major award each year.

So I'm trying something different. 40K is still my primary game, and I still play it nearly weekly. BUT I'm going to try out a Malifaux tournament as a change of pace, and since BFS has one this year hosted by the eminent Bob Roda, I just have to give it a try. A bunch of the Monday Night Malifaux group from the DC area are going, so should be a fun time. It'll no doubt be a smaller than the 40K event, but honestly that's OK.

One of the main reasons to go to a Con or a GT is the social aspect, connecting with all the great folks who attend. Fortunately, the Mali schedule is perfectly synched with the 40K GT schedule, so I'll be able to spend all the same lunch / after-day breaks and social outings and boozey nights with the same group. Awesome.

Oh and on the flipside, the entirety of the model range I need for Malifaux at the event this year fits on a little bayou tray. Since I'm playing a bunch of hillbilly moonshining gremlins, including the Brewmaster (gosh I can't wait for the ACTUAL models), I'm also bringing moonshine to share with my opponents. 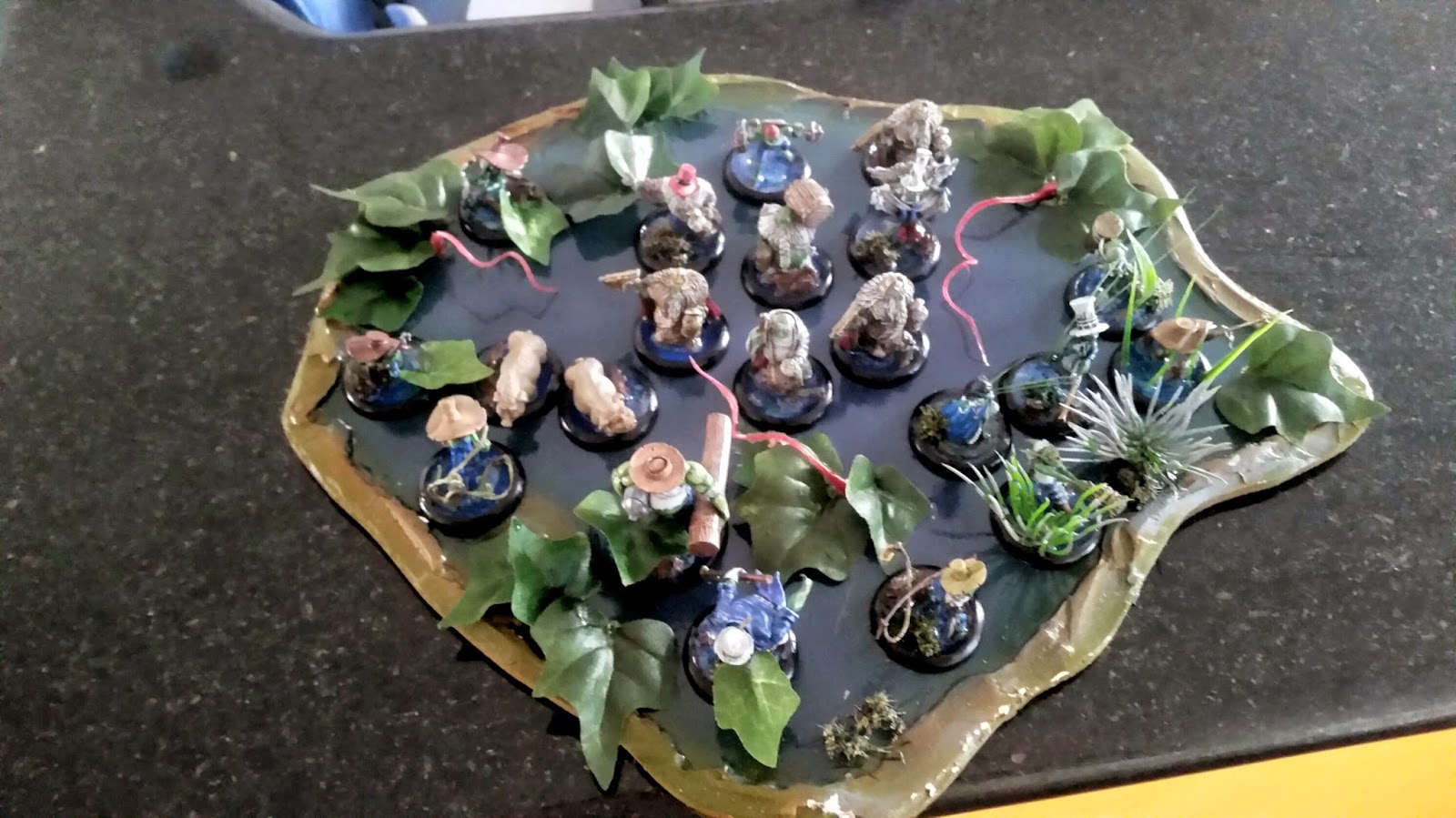 So I'll see you there ... and I'll be posting my recaps of  NOVA and look-aheads for the future in the days and weeks to follow.