Rankings HQ has been non-responsive for over 2 months now to repeat attempts to upload the 2012 NOVA Open 40k results. There's a strange issue where I am unable to get them to show up in my list of tourneys I can upload results for, but several random events like the Onslaught GT show up on my list instead.

I haven't been able to get any replies since April 3, when he said my account should be good to go (and was not). Also offered to send results sheet to him, for them to upload. No response to that.

For anyone curious, the results are otherwise ready to go, sheet is fully filled out / etc. Simply can't upload and cannot get RHQ to reply to any of many repeated PM's. After a good deal of frustration, and some similar finagles last year where RHQ challenged us to prove we actually had 204 participants, figured a PSA was necessary for those who've been asking why we hadn't posted results yet.


Go here for full info and to sign-up;
http://www.ironfistleague.com/forums/General/Events/annual-ifl-road-to-the-nova-open-invitational-2013/
...below is excerpt:

Where: DC area local gaming stores or an agreed upon battle location

Registration: Cost is $25 with $20 of each fee going to a prize pool with the remainder to the IFL and to support food/drinks for the playoffs. To lock in your spot pre-pay with Pay Pal to treasury@ironfistleague.com and note what the payment is for in the comments (IFL Road to NOVA Invitational) and your name / IFL forum login. Obtaining your IFL forum access is simple and free at http://www.ironfistleague.com/SignUp.aspx

- Participants will play 6 games over the 6 weeks against randomly paired opponents based upon current gaming location and then filled out by other league participants – we will try to minimize traveling but that is contingent upon how many players sign up at each respective gaming location.

- Each week we will use the NOVA Open 40k Primer Missions with week 1 using mission 1 and so on through week 6.  http://www.novaopen.com/wp-content/...er2013.pdf

- This is a 40k league so folks can get in their required weekly games WHEREVER AND WHENEVER they choose - at a nearby DC game store or other suitable battle location agreed upon by the opponents.

- Opponents can use the IFL forum thread or PM function to coordinate games – access is free and requires filling out a short access form.

- You have one week (Mon-Sun) to play your game. If you cannot play your game that week you can reschedule your game to be played in the subsequent two weeks (as long as it is before last day of the regular season).

- Whenever a game cannot be played in the week it is assigned, a reschedule is no problem.  However, the gamer requesting the postponement must be credited as the ʺpostponerʺ.  If the game is not played by the end of the season it counts as a loss for the postponer and a win and 20 battle points are awarded to the opponent. If it is a mutual postponement, the game will be labeled as such, and if the game is never played, the game will result in a draw with 5 battle points awarded to each player.

- The Winning player will report whether he won by primary, secondary, tertiary, or tiebreaker or by how many battle points on the league’s google doc spreadsheet – see below for point breakdown.   To validate score, both players will have to input their initials in a cell in the spreadsheet for the score to be official.

- Rankings will be made by win/draw/loss and then by battle points. In the event of a tie for the final playoff spots, a play-in may be used to determine seeding - this call will be made by the Commissioners.

- Games are self-policed – any arguments will be settled by a dice roll-off if not located in the rulebook and/or subject to interpretation. Report any rules abuses to the Commissioners – they will review and take action accordingly to include issuing warnings to rules abusers.

- League games will be played without a time limit and will end per 6th Ed Basic Rule Book criteria. Playoff games will be completed per the Invitational parameters set forth in the NOVA Primer.

- Must be submitted upon registration/payment to: theironfistleague@gmail.com Players must use one 1850 army list for the entire league.  Allies and fortifications are allowed except for the Fortress of Redemption. No Forge World is allowed.

- For League play we will accept proxies with the goal of a fully painted WYSIWYG by the playoffs. If a top 8 army does not meet this standard by the playoffs they will be disqualified - the next ranked player down will be invited to the playoffs and so on until the 8 player requirement is met. A player can always petition the Commissioners for a waiver if there are extenuating circumstances that prevent meeting the established standards.

*********Update**********
- New Eldar:  due to the impending release of the new Eldar codex on June 1, we have adopted the following policy:  Players that commit to playing Eldar as a primary detachment or ally submit a list using the old Eldar codex.  Within 72hrs of the codex release (or it is acquired via other means), Eldar players must resubmit their lists.  After that, all lists will be made public and accessible via Google docs.

Staff: League Commissioners – Madd_Mike, Shrinedawg, and Purdune (IFL Forum names)
** All rulings and interpretations made by the league commissioners are final.

Posted by Mike Brandt; mvbrandt@gmail at 11:11 AM 4 comments:


Waiting in line, taking a number, just trying to get some info. Airports, hospitals, voting booths...same deal.  Enough already! Warhammer is YOUR TIME.
That's why the 2013 NOVA Open is set to unveil Torrent of Fire to give you back your time and focus on the game. No more standing in lines. No more scrambling to find out who won or lost. No more waiting. Get live streaming results of every game, whether you're in the gaming hall or half way around the world.

This fall Torrent of Fire will revolutionize the way tournament information is gathered, recorded, and shared. But that's not all. Sign up now to be the first to receive all breaking news and updates.

This is the 2nd teaser from the NOVA newsletter about Torrent of Fire. TOF is a major NOVA Open sponsor this year, set to unveil its revolutionary new product(s) at the NOVA. They'll have a booth, and reportedly there will be booth babes as well, and most importantly ... their software will be integrated with the NOVA itself.

On the Whiskey blog front, coming later today is a post outlining the rationales and tactics for the 40k Primer / Missions for this year's GT and Invitational. It's a little odd to be posting that sort of thing perhaps, but it's been requested enough there's a compelling reason to. Stay tuned for that as well.
Posted by Mike Brandt; mvbrandt@gmail at 9:37 AM 4 comments:

Having Fun at Terrain Days

If you're local to the DC area, you should join us ... they happen once or twice a month :) 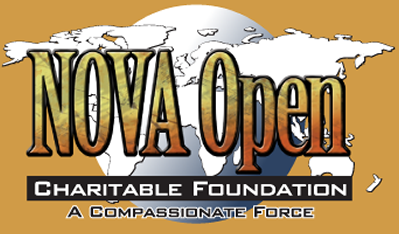 As an aside:
While I've always had the goal of driving the NOVA Open to a place where we can help give back to the world, the credit for organizing and running the Foundation does not go to me. For reasons ranging from time commitment to conflict of interest, I do not sit on the board of the Foundation. It is run by a trio (really a quartet) of people who've put in countless hours making sure this is done correctly - legal, transparent, and dedicated to the greater good of the world. Help honor the hard work they've put in by helping us show that we can spend our loose change on more than just plastic toys (all in the hopes of doing some good, and winning some gorgeous plastic toys! :p)
Posted by Mike Brandt; mvbrandt@gmail at 12:25 PM 1 comment: