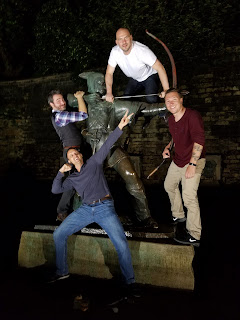 More to come, but stay tuned to warhammer-community.com for your best info! Since things started releasing from GW, more than a handful of people have reached out to me bluffing that they were part of "other" test groups or the like, and I've heard all kinds of tall tales about what people say the game will be like that are "testers" who ... well ... aren't. Trust in what GW is releasing - it's going to be your sole best source of info until release, primarily because - as you can tell - they've gone pretty whole hog in being open and communicative with the community again.
Posted by Mike Brandt; mvbrandt@gmail at 10:16 AM 297 comments: