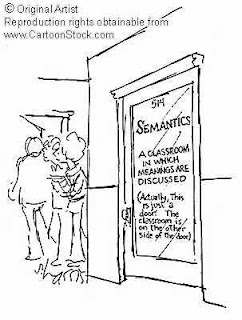 There's a lot of talk across the internet about "true" competitive tournaments, and hobby/non-competitive/casual tournaments.

There IS a distinction between tournaments, and the formats they use ... but "competitive" has nothing to do with the format ... that's entirely to do with the players there and whether the event includes more COMPETITIVE matches than not.

Remember, if you have a T-Ball game where both teams are equally matched (or close), the game will be competitive.  Hell, it's even simpler than that - as long as the game is head-to-head in some capacity and has rules and mechanisms for determining a winner and loser, it's ... COMPETITIVE.  This doesn't mean everyone will compete at the same level who attends, or anything of the sort ... but let's not knock events in the wrong way.

There are a lot of things that go into this ... the first group you MUST respect are your attendees - do the people that paid money and came out feel like the final results were justified?  After that, the wider viewing and listening audience of possible attendees, naysayers, curious web-browsers, etc.

I'd like to take advantage of the much-maligned (wrongly) subject of Adepticon ... and compare last year's 40k Championships to this coming year's.

Last year I attended, faced 3 TOUGH tough lists and opponents, and won all 3 games in close fashion.  No easy wins, VERY competitive for me.  At the end of the day, I placed top 10 I think out of 240 ... but at 3-0 watched someone else go up and claim the prize, someone who had - for better or worse - had an on-paper easier time getting to that same record (and had scored more battle points along the way).  I also tied with said person on the 40k Quiz, the only 2 of us tied at that score; regardless, he snagged that prize too ... battle points used to tiebreak, perhaps.  Tied for max sports, but the sports went to the lowest BP.  That one, whatever.

Was this event competitive?  HELL YES!  Was it fun?  HELL  YES!  Was it competitively EVALUATIVE?  Well, no.  The only way to really evaluate the "best" competitor for the event would have been to take all the 3-0's and pare them down to a single winner.  You alternately could have pared it down to a smaller number; there were as many as 30+ people who had not lost yet (hard to guesstimate, since draws were possible, and it used p/s/t).

So, what is Adepticon doing this year?  Well, 8 rounds for up to 256 players.  Mathematically, the 16 who advance to the final day will by means include no one with a loss (it's possible there'll be multiple players with draws in the crowd, if there's a metric crapton of draws over the course of the day, but even that is unlikely).  On the final day, 4 rounds of 16 will mean there's an invariable result of "one guy hasn't lost, and everyone else has lost at least once."  Will it be competitive?  Well, yes, and the competitiveness will depend not on the FORMAT, but on the CALIBER of players (at Adepticon, there's a whole boatload of "damned good" ... just too big a crowd NOT to be) ... Will it be fun?  I sure hope so ... that depends on the caliber of opponent (personality-wise), the organization of the event (likely to be good), and the format of the missions/scenarios (who knows yet).  Will it be competitively EVALUATIVE?  Absolutely.

I wonder why people are frustrated by this sometimes on the flipside - why they feel it is ok for "muddied" results.  Let's look at a painting competition ... there's ONE winner established for each category, no?  They are evaluated along an objective scale that each category entry is evaluated upon.  Wouldn't it be strange if they narrowed it down to the top 10 armies appearance-wise, and then randomly awarded best to one based upon how well its owner did in terms of battle points?

Think hard before you simply slap "it's not competitive" on a tournament.  That's far more intricate a thing than the format of it.  That said - challenge tournament organizers around the world to push their formats to a level where they fairly and observably EVALUATE the "superlatives" of an event - the renaissance man, the best general or tournament champion, the best painter, etc.
Posted by Mike Brandt; mvbrandt@gmail at 9:10 AM