Just a quick rundown, and then the all desired stats sheet.

I'm identifying brackets by their Day 1 record, rather than numerically.  Generally, the later you received your losses, the higher your bracket was within same win-loss record.

Heart of Gold - Sportsmanship - Justin Hilderbrandt
Justin was chosen randomly from among the 16 or so tied for tops; I'll re-collate those names when I get an opportunity.  Random 2nd and Random 3rd among the best were Sean Nayden (who won the Heart of Gold in Justin's absence), and Stephen Chase (of the 11th Company Podcast)

In the middle of the awards, after giving Joe Johnson his award for Best Conversion for his Salamanders Commander, I paused the awards to confer with the Appearance Judges still there.  The Chief Appearance Judge, Geoff Redding, had to leave by that point to catch the last Metro out of dodge.

We did NOT change any of the awards, in the end, because it was too late in the process and the winners really were the best of the bunch - the Appearance Judges took a great deal of time to select them, and the right thing to do was stick with the true winners, even though this meant Dobkin went home with a TON of swag :)

So, re-congratulations to the appearance winners ... we should have some stronger photos of each of these coming soon ... 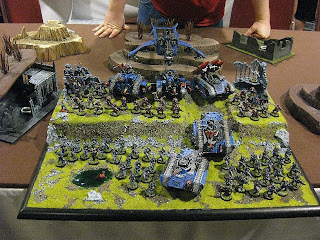 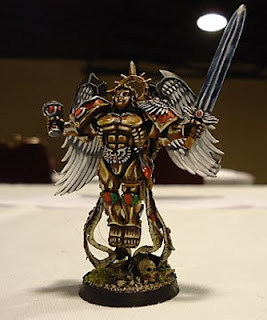 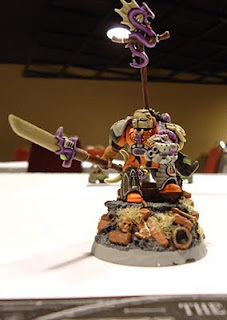 Finally, the results, with Codex Attached ...

In general, here is how each codex performed, pending one army I still need to fill in that I'm trying to track down the list for:

Posted by Mike Brandt; mvbrandt@gmail at 9:12 AM