The "Three Levels" of 40k Game Play ... Getting Out of the Probability Kiddie Pool

OK, so a rare moment of 40k tactics discussion. Though, it gets a little rambly (my style, I suppose).

Most people play 40k at a rudimentary level. I'd like to see more people escalate their game ... and see the game for what it really is - largely NOT luck-based (or, it doesn't have to be), and relatively balanced across most codices as a result.

My buddy Z and I played a game last night ... he has an excellent Ork list, and I had a wolf list I just threw together and had never played before (proxytime). Despite him putting on a lot of pressure and making no target priority errors, the game ended with me down about 350 points, and him down about 1650 points. Neither of us had good or bad luck beyond norms ... in fact, at one point he made 13 of 14 cover saves on vehicles. How do you win a game like that? I'm going to avoid the battle report, b/c it's not the point at present.

In mirror matches, with both players rolling roughly equal dice, how is it possible that one person can come out with his army ready to go another whole game, and the other is gone or almost gone? It's not ... dice. It's not ... just target priority. It's certainly not list, in that case.

In any event, in chat Z made a great observation that I think holds true ... there are perhaps 3 "big" levels of player development in 40k.

1) List and Comprehension - This is the rudimentary level that you need to elevate to in order to compete ... you need to have a list that can function in a more or less all comers situation, and take on a wide variety of opponents and their lists. You don't necessarily have to optimize, but I would argue that the NEWER you are, the more MIN-MAXED / optimized your list should be. As you master the higher mechanics and become more fluent with your army, you become more and more able to make big things happen with units that are less optimal on paper.

Comprehension refers to simply understanding all the rules and their nuances. This doesn't necessarily refer to applying them in the most creative and critical ways ... only to simply understanding how all of them function so that when your opponent does something wonky and clever to you by using the rules cleverly, you aren't occupied with calling shens or being surprised or arguing ... you simply learn and elevate. You should also know each of the codices to some level.

2) Target Priority - Pretty straightforward. You need to learn to quickly assess what in your opponent's army needs to die first and why. NEVER build a list that relies on not losing something to win, by the way. Presume your opponent will correctly target prioritze and hurt you.

3) Leaving the Probability Pool - This is more than just how you see the board, but I think it's where your game starts to truly shine. Let's take the simple scenario of two guard chimeras from opposing players, each with 10 vets inside toting 3 meltaguns. 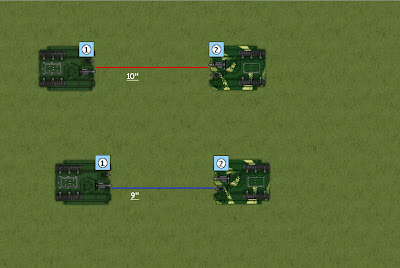 "1" represents whose turn it is, let's presume no smoke or anything else; the point here is to demo in a vacuum what a good player needs to simply be aware of / know intuitively (and it obviously starts with becoming pretty darned good at measuring distances).

A "perfect" move for a Chimera vs. a transport with infantry is moving 6, with its heavy flamer facing the vehicle, and having its own HATCH within 6" of the enemy vehicle for BS4 melta shots within +2d6 range. Well, word to the world - when 10" away, Chimera 1 can't pull that off, and Chimera 2 can when 9" away. Odds are odds, but that SINGLE inch dramatically changes them all for each player. In the top example, 1's BEST move is to BACK AWAY, or back sideways and try to angle side multilaser shots. If it's me playing, I'm #2 and I moved there on purpose, 10" or a little more away from #1 Chimera ... why? Well, you want to force your opponent to do one of the following:

1) Move his Chimera 6" forward, and take long range melta shots at you out of hatch. His odds to wreck or explode #2 are ~38% (and I'm fine with BS4 accuracy odds in MY favor); anything less and his chimera AND squad inside both die ... even a stun/immobilize/whatever. I'll explain how.

2) Move his Chimera 6" forward, spin it around to get his melta within 6". His odds become very high to wreck or explode #2, but he cannot follow it up with a heavy flamer. The infantry squad inside will have all of its meltaguns alive, and will be able to walk up, melta the opposing chimera down, and charge the squad inside with odds in its favor ... seriously, go ahead and do the math if you'd like.

3) Move his Chimera even a little bit forward, and take long range melta shots (he has to move 1" to be within melta range from the hatch ... at 10" away, the meltas are 13" away from the Chimera).

We're in a vacuum here, but the advantage here is with #2 at 10" away, and slightly leaning toward #1 the closer it gets ... ideally it can move 6", melta with +2d6, and then heavy flame what's inside. Magic hour. 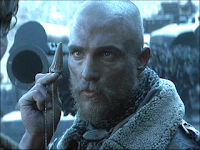 I hope this is making sense ... some players, you gotta show 'em it in action, leave 'em scratching their head as to why with an identical army you're beating them and they're losing. The above example is scratching the surface of ways to put yourself more in the tactics pool, and less in the probability pool. I think of it like two kiddy pools ... what can I say?

Think of it like cover saves, and the choice between taking a "Deffkopta" or a "Warbuggy." Both units have their place and their cool tricks ... deffkoptas can do all sorts of crazy first turn things, right? Fine. Both can be kept covered up if you're half smart, fine. So, if my opponent is shooting at a Deffkopta, he has to roll to hit and wound, and then I have to roll a save to prevent damage. If my opponent is shooting at a Rokkit buggy, he has to roll to hit and glance/pen (and this is going to be more difficult to do for almost all weapons), and I get to roll my cover save ... and THEN he has to roll another dice to kill it. The Warbuggy puts your opponent MORE into the probability pool. The probability pool cares not whether your opponent is smart, or clever, or better than you. It's simply odds. The more times you subject him to the chance for bad luck, the better off you are. So in my ork lists, I ALWAYS use rokkit buggies ... it's not that Deffkoptas aren't good / great / whatever, but I can do good things with EITHER unit, and they both have the capacity to kill transports and such ... and the buggies take me MORE out of the probability pool, and that's a win right off the bat.

I freaking HATE the probability pool. When I first started playing Necron years ago, I learned this the hard way. I fail LD10 tests reliably. I fail WBB rolls reliably. I fail armor saves on elite troops RELIABLY. So my guard army has LD10 bubbles and reg standards to make my pin/morale tests 121/122 pas rate, and I spend a lot of time trying to understand the notion of threat ranges, ideal distances for "setting your opponent up," and figuring out ways to take dice out of the equation. My first army after the Necron? Tyranid. NO LD TESTS. Tons of models and wounds so I don't care if I fail saves well beyond odds. My Tyrants in a more foot-emphasized edition roll 12 dice with 3's to hit, then ROLL THEM AGAIN, then roll with S5 to wound, then ROLL THEM AGAIN. Little pig heaven. 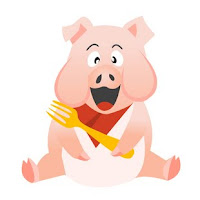 My buddy Z's army is the perfect example of a list that - in certain missions - can win without dice. 23 ork vehicles, all KFF'ed, including 2 battlewagons, 9 kanz, 9 buggies, 5 ram trukks. In an objective mission w/ enough objectives on the board, this army can bumrush center on turn 1, disembark EVERY ork, and then cordon in an opponent by chucking all the vehicles at him, as the orks mosey over to their objectives, and a squad or two hangs back ready to pounce on anyone that busts out of the metal pile.

It also provides another example ... it CAN hem in a jump pack army also ... how? Well, dummy, don't just stick the vehicles in his face ... stagger it so that the faster ones block 'em off, and the slower ones sit at the lovely 10" away, so there's nowhere for them to land other than jumping an inch or two, or jumping sideways.

The same can be said for some Tau builds, that are capable of using piranhas, drones, and kroot to not just "soak hits." Even kroot bubbles aren't about simply sitting in front of people as bubble wrap ... it's about that perfect placement, that perfect location of units so that your opponent's ideal moves are completely baffled, buying the Tau army more turns to shoot despite not really having more board to back up / away to.

Build your ideal list, understand the rules and target priority, but PAST that start thinking outside the box. Find ways to get yourself out of the probability pool, and into the tactics and movement pool. You can do it ... it's very doable. My own record as a gamer is strong ... and it's not b/c my lists are better; it's b/c I do everything in my power to make my units harder to kill, to place as much probability as possible between them and my opponents' efforts ... and I do the opposite when it comes to going after my opponent; anything I can do to take probability OUT of my efforts is a win that costs me no points, no rules arguments, and permits no cover saves.

A lot of people vastly underestimate this game ... they treat it as list building and dice rolling, and it's NOT. Your opponent can't roll cover saves against "smart." Think of all the ways your game can be elevated without having to pick up a d6 ... there are literally hundreds.

Keep this in mind:
Probability pool: 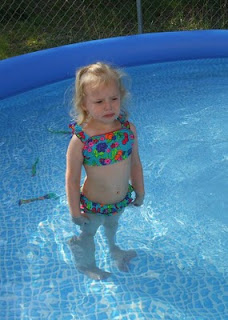 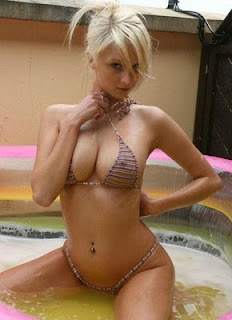 Posted by Mike Brandt; mvbrandt@gmail at 6:07 AM