As we've begun to mention, 2012 sees the introduction of a new evening / casual event to the NOVA Open's bracket of offerings in the form of the Narrative.

Instead of being set on yet another Imperial World where magically every single race and codex option is all there at the same time (and there's probably a Chaos artifact involved, right?), the Narrative is a NEW setting created in a near-future Washington, DC, as it is about to suffer invasion from unknown sources.
Players in ANY system incorporated (don't worry, you'll still only play WITHIN system) will be paired against their peers across 3 evenings and 1 afternoon of casual-pace but fully competitive gaming, with the results of every game helping shape and determine the progression of the story from day to day, and year to year.
That last part is also important - in addition to scoring points for your FACTION and as an INDIVIDUAL, you'll be able to score unique points called Fame and Infamy.  The most FAMOUS or INFAMOUS commanders at the end of the weekend will earn special recognition in the advancement of the story in future years, up to and including seeing monuments in their honor showing up in the future of Washington, DC (2013 and beyond).
The gist of this post, though, is WHY this will be fun for you regardless of your play style or type:

Pairings for the Narrative are in part based upon your army list, and your known performance capabilities from past NOVA Opens and other events. We're finalizing an objective evaluation by which to go here, but the long and short is this: If you want to bring a fluffy, laid back list and play against other laid back fluffy lists, you'll get that at the NOVA Narrative. BUT if you want to play against other competitive lists and players ... you'll get that also, all in the setting of 3 hour timeframes and a casual atmosphere to prevent it ramping your stress up quite as much as the top tables in a GT setting sometimes does for some folks.

Just as with Competitive Gamers, the more laid back your attitude and list tends to be, the more laid back your opponents will tend to be. Wherever possible, the Narrative is about well-matched games toward common goals among faction and teammates ... not about evaluating superlatives as with the GT or Invitational or Trios Team Tournament. You'll be playing your peers, playing with similar lists and mindsets.

Teams of Buddies and Singles

You can sign up as a Doubles Narrative Team, or as a Singles Narrative Player. Either way, your "team" (of one, or of two) will be fielding a 2,000 point Force Organization Chart ... so, those with a 2k point army for the GT who want to simply get in a few extra organized and meaningful games with interesting missions won't have to bring anything different from what they're already bringing for the GT. Those looking for a fresher or team-based experience can craft the perfect team Narrative army.

Trying to Convince Your Significant Other!

Want to attend, but your S.O. doesn't want to attend for the weekend because s/he doesn't know what to do while you're busy on the 4-game Saturday big GT day?  Well, look no further. The Narrative this year incorporates a riddle-based scavenger hunt that will take a person on an inherent guided tour of DC, where the more puzzles you solve and famous (or hidden local hot spot) locations you visit, the more points you earn for your partner's faction in the Narrative event. This happens on Saturday from 9-5, and creates an inherently awesome field trip of DC along the public metro route for anyone not actually playing in the GT or other big Saturday events.
Hobbyists 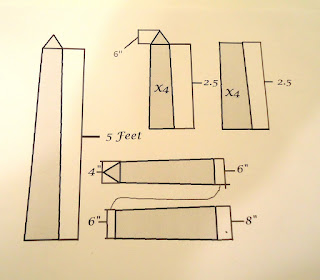 Extra bonus points, including Fame and Infamy, are awarded for modeling your armies or heroes to the tune of the Narrative story. The NOVA is hard at work creating an atmosphere that supports this as well, up to and including army-enhancing items you can acquire (sneak peak click here), and even recreating LED-lit replicas of some of DC's most iconic monuments (see if you can discern some of the work in progress over at our terrain man Bob's Rogue General Hunter blog)

7:30 – 8:30PM // Overall Commanders will update players on the development of the narrative, and
assign teams and players to their respective tables and opponents
8:30 – 11:30PM // Each night’s round is played; players have up to 3 hours to complete the round, and
submit their results