The NOVA crew is busy hot wire foam cutting (with the baddest ass precision straight-edge and round-edge no-wobble hot wire cutters around), casting (resin and merlin's magic), carving (foam core, mdf, the works), carpenting, LED-lighting, and painting and flocking our way through the home stretch of a three year project of epic proportions.

Consider this a PSA into the costs and challenges of running a large GT with the proper amount of quality terrain ...

The NOVA ensures 25% coverage (erring on the high side), with 3 of our 7 pieces of terrain per board providing proper LOS blockage. For 2012 forward, any central LOS blockage won't be quite as large as it was in 2011, though it will still be meaningful for the game (too narrow a blocking front creates fire lanes for the entire board just about to some part of models trying to hid behind, making it not los blocking at all).

There's a lot of variation in theme from piece to piece, and we'll be introducing other terrain layouts for 2012 besides the one everyone familiarized with in 2011 (changing layouts on all tables by the day from Friday --> Sat, and Sat --> Sun).  The important thing here is the total terrain requirement of nearly square foot sized pieces of terrain for the NOVA Open's 40k GT (alone) is:

For a minimum of 896 quality, sizeable pieces of terrain.

In addition to this, we also have over 40 4x4 Infinity/Warmachine boards, and nearly 200 6x4 40k/Fantasy/Flames of War boards, AND

Introduced in 2012, we'll have roughly 200 1x4 Side Boards for players to put their armies / spare models / dice / beverages / etc. on while they are playing. These suckers will be previewed very soon, and they're gorgeous, with every sideboard screenprinted and in gorgeous design. In addition to the above average room we had last year, we'll have even more with another foot between every table this year (for sideboards).

INPUT REQUEST / REWARD:
Using the 7 pieces above, and some of the photos below of the types and sizes we have to work with, can you suggest some terrain layouts that are fair for all army styles and deployments? Use zee comments. If we go with one you uniquely suggest, I'll comp your badge.

When we first hosted a tournament - the 32 player SGI Outdoor Charity Event we held in August 2009 (Link 1 and Link 2 from Tim Williamson's Tau of War blog) - we (meaning, at the time, "me and my buddy Rhett") owned exactly 0 pieces of terrain of any merit for a tournament setting, but we built up16 felted tables.

When we hosted the first NOVA Open a year later in August 2010, we again borrowed nearly all of our terrain and tables (thanks aplenty to the Inner Circle and the IFL, plus our chief appearance judge Geoff Redding, whose terrain is just plain gorgeous).

In 2011, we had our first major terrain build process ... and boy was it major. We built ourselves up to about 70% self-sufficiency in terms of both tables and terrain, and filled in the gaps once again with major assistance from the Battle for Salvation (who drove 20 tables and tables worth of terrain down with them!) and the IFL.

Finally, in 2012, we'll be TOTALLY self-sufficient. This is a huge milestone, and our terrain crew and terrain chief (Bob Likins) need to be heavily congratulated. That said, the remaining pieces to build this year as of now are:


The kick is on, and here's a few glimpses of the types we've built for the NOVA to date, are building at present, and will build into the future. 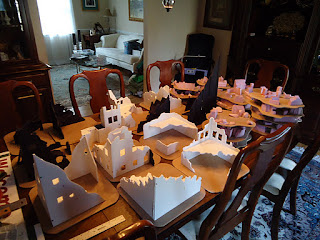 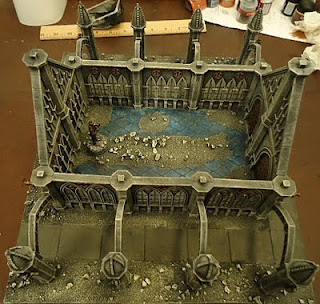 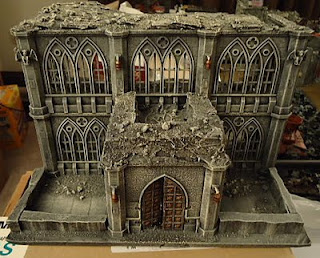 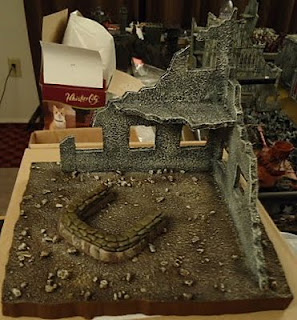 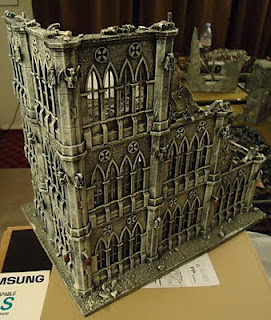 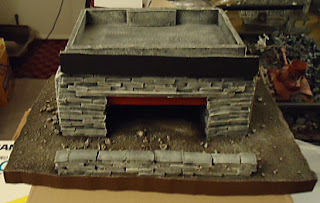 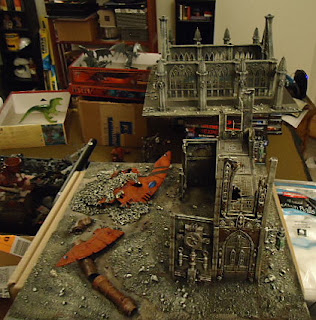 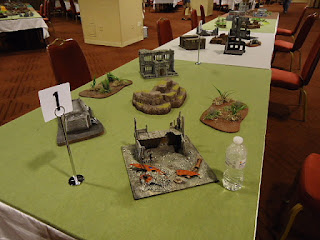 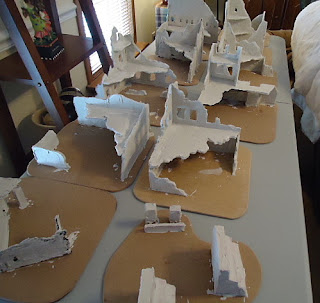 Posted by Mike Brandt; mvbrandt@gmail at 6:39 AM