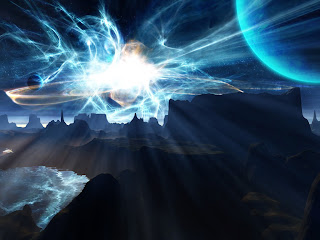 First, watched my younger brother gaduate from Nova Southeastern University's Law School yesterday in Ft. Lauderdale, Florida. I'm sensing a NOVA theme going on ... but it's not at all related to the name of our tournament.

Interestingly, a "nova" refers to a cataclysmic explosion or ejection of gas from the surface of a star, resulting in a brighter star. Or I think that's what it refers to more or less, hearkening back to my physics in HS and college. It comes from the Latin "nova" ... which refers to "new."

I could play interesting word games connecting a word that I use to refer to Northern Virginia to a possible expression of a bright new approach to tournaments and how to run them for the enjoyment and betterment of all ... but I won't (yes, I just did, you're super quick!).

In any event, I got caught at the airport waiting on the crew of our airplane to be ... flown on another airplane from St. Thomas ... and didn't get to sleep until 430 am this morning, and here I am at work pounding out some critical product. Hmmm ... tired.

In any event, some interesting things went on while I was away I guess ...

1) I've been invited to be interviewed on the 11th Company Podcast, which based off my listening so far has a pretty high production value and a wide variety of opinions present. Whiskey and the NOVA are mentioned in the Community section of their 17th cast, which is so far only up on the RSS Feed. In any event, I would check them out ... seems like good stuff, and appear to be based out of South Carolina. I'll be participating in the interview Wed night, but no idea really when it will actually pop up. HERE IS THEIR WEBSITE.

2) Speaking of the Carolinas, I'll be mostly MIA from blogging next week, May 22 - 29, as I'll be with 18 guy and gal friends at an insanely massive and awesome beach house in North Carolina, in the Outer Banks. This is a really nice, snazzy place, as most of us are upwardly mobile / successful working adults/professionals, well beyond the slumming of collegiate beach weeks. As such ... big nice fun snazzy time ... that basically replicates the drinking shenanigans of slummy collegiate beach weeks. *shrug* It'll be great!

3) Here is a link to a discussion of our tournament format with some superficial objections from local posters. I think I do a pretty good job answering them ... but that's largely b/c the objections represent a lot of shallow-think that you still see present in the hobby, from people who are just ... I don't know, angry at Ard Boyz and grey minis and so take it out on any tournament that doesn't have Composition, Funtimes, and Yogi Bear plus Booboo in the title. So I guess instead of the NOVA Open, I should call it the HAPPY FUNTIMES YOGI'S COMPOSITION OF BOOBOO'S BEAR ASS TOURNAMENT OF LOVE AND PEACEMAKER BOMBS. Cool tourney idea, no doubt, but my point here is not to poke fun at these folks - simply to suggest that everyone give more thought to what they suggest AND what they deride. I think the Open has components that actually appeal to these objectionists more than most. Use your brains folks, think really deeply and critically about what you think and feel, and establish positions that are eminently defensible. It can be done, and it grows your approach closer to "right" and less embedded in rampant opinion. I'm doing everything I can to make this tournament appealing to ALL practitioners of a hobby. Give me a chance to, trust that I actually care about all ya'll's opinions ... it behooves me to. The more styles of gaming enthusiast and hobbyist I can appeal to, the more of you will pay me $50 to come attend my event. You see how this works? I get paid to be open-minded and open-armed. I get punished if I make my tournament too narrow in its scope (either with over-the-top hyper-competitive doucheyness, OR with comp-whoring closed-minded "play 40k the way I think it should be played and not how it is written" ... ness).

4) I'm not gonna lie. We have thousands of dollars of stuff to give away, we'll probably be able to add catering (food + beverage, dudes and ladies) to the stuff you'll get at the Open, you're all going to get swag bags, there's going to be a live podcast brews and gaming night the evening BEFORE the Open with "celebrity" match-ups of big-name internet tough guys, and there's going to be a Final Four with everything on the line the day after the Open. I'm going to be "basically" chucking things like Land Raiders helter skelter around the conference hall to random prize winners, so you can win shit even if you don't ... win shit. Our 40k event may fill really soon, but I may open more spots if it does ... our Fantasy spots NEED to fill ... and we are even in talks about warmachine or something. SIGN UP PEOPLE ... I really want to see as widespread and awesome a crew as possible there, I'm going to give discounts to NEXT YEAR'S Open registration to everyone who attends this year, and next year's is going to be EVEN bigger and better, approaching a convention style event. So, seriously ... sign up. Spots will run out, and then YOU can't come ... and that would suck for you. Especially when we sign on even more sponsors and wind up with $6 or $7k in total prizes and swag. Just saying.

5) OH, and I don't make any money on this, we don't. Every single penny we make from registration fees will be spent on one of three things:
a) Catering (free food for you guys)
b) Venue fees (well, not really, that's paid for by now, but you get the point)
c) Prizes and Swag
Unlike probably every other event out there, or most of them at this scale, I basically invest my own money forward each year, relying on your attendance to reimburse me ... instead of over-charging you for what you're getting in order to "fund" my future plans or line my own pockets. So please come, b/c I need to keep the lining I already do have right in my pockets where it belongs ;)

6) A little shout-out to our sponsors so far ... some of them haven't confirmed exactly what they are sponsoring us with until closer in to the event / final registrants list / etc., but these ones are all formally on-board for ... sponsoring :)

And many more are "in talks" (I mean MANY more)

On the fence about the Open? Comment with your questions!
Further thoughts on comp and the reality of being able to build an event that caters to ALL fairly and evenly? Fire away!
Random other conversation or jokes or whatever? Seriously, feed me comments, gratify me! I kid ... kind of.
Posted by Mike Brandt; mvbrandt@gmail at 7:54 AM